Base HD is a comprehensive NFC RFID Reader that implements time attendance and access control functions the best of all Digital Logic development tools (µFR Series).
What sets this device apart from our other devices is the ability to work at a distance of up to 320m from the computer without additional power. The device is powered exclusively via the USB port on the computer.
It uses the RS-485 communication protocol, which is fully transparent to the system and the user. Therefore, this reader can behave as any µFR NFC RFID Reader Writer. Consequently, the same Software Development Kit, API functions, drivers, and protocol can be used to develop NFC systems with Base HD as for device-based µFR systems.

Besides, Base HD is a low-power RFID device and uses only +5V USB power to operate. For that reason, the NFC development kit includes a USB/RS-485 transceiver converter as well

Also, Base HD also has built-in relays that make this device suitable for access control and similar systems. For example, the software can trigger the relay to lock or unlock the door locking mechanism. 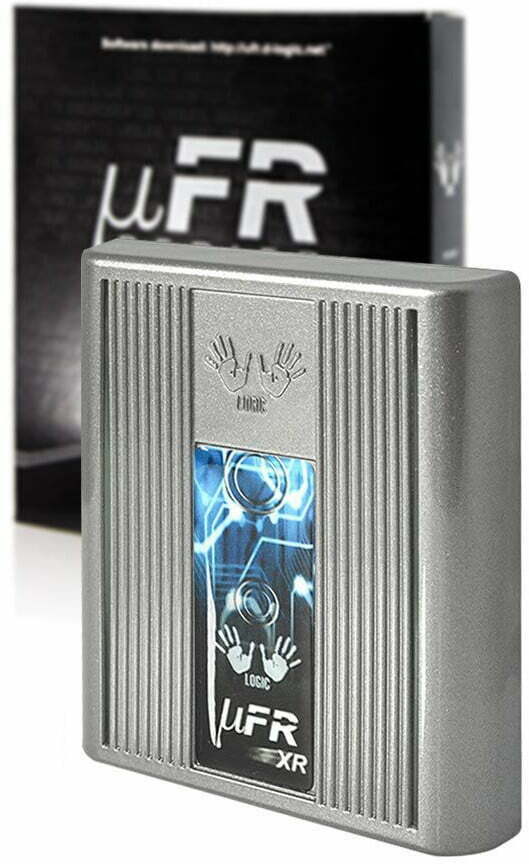 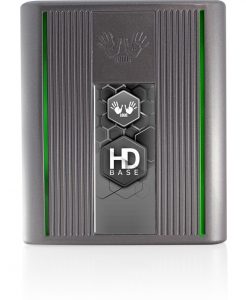 Base HD is an NFC-compatible Contactless Smart Card and Tag RFID Reader Writer – programmer intended for implementation with MIFARE® and other ISO14443A/B compatible cards, tags, key fobs, stickers, and wristbands.

Base HD – NFC RFID Reader Writer fully supports both 4-byte and 7-byte UIDs and an anti-collision mechanism. It also supports NFC Forum Type 2 and tags like NTAG and Ultralight family.

In addition to the hardware, the NFC system development kit contains a fully-featured API with examples, libraries, development tools, and software for everyday use. The libraries for Windows (“*.dll”) and Linux (“*.so”) OS platforms are included as well. The reader acts as a serial interface device: So it is visible on any platform. It is successfully implemented on Mac, Raspberry Pi, BeagleBoard, and Android OS ( up from the 3.2 Honeycomb version).

All source code software examples are available in all major programming languages.

At the customer’s request, our team also develops software examples in other programming languages ​​that are not currently included in our repository.
Such requests are processed according to priorities that are aligned with a similar project’s existence in the development queue or partner relations with the client.

Most importantly, support is provided for all the developing platforms.

The software package includes a set of very useful applications intended for everyday use. Such as: 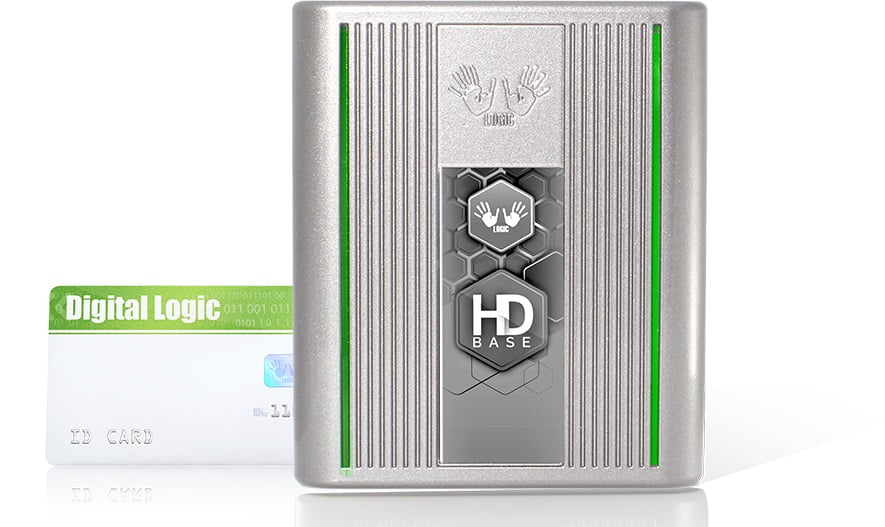 Our support team provides explanations and assistance for the implementation and custom solutions development to each customer’s requirements.

In non-autonomous mode device acts as all other readers from the uFR series, like Classic, Nano, and Advanced. The same protocol, libraries, Software development kit API, and examples are used for this purpose.

A significant difference is that Base HD devices can work on installations where long cable runs are a must. So, for example, you can establish a PC-Base HD communication link with a 320m (1000) ft cable using only USB power.

In addition, Base HD RFID NFC Reader has a built-in access control IO module, which has the following functionalities:

When the autonomous mode is enabled, the device can operate independently. As a result, it does not require a direct connection to the host. In this case, it only needs a USB or equivalent power supply (5V DC).

The device stores card-related events in non-volatile memory. Also, each event is sent asynchronously to the host as a Real-Time Event (RTE).

The device can store up to 16384 separate events. After its buffer overflows, it starts to erase the oldest events to free memory for new forthcoming events.

Get your BASE HD development kit right away!
BUY NOW!

Our support team always provides prompt responses. Depending on the inquiry complexity, you can expect an answer in no more than 24 hours.

We are open to custom development requirements based on specific customer needs. Feel free to contact us for any questions or further assistance regarding your projects and implementation.

Get your BASE HD development kit right away!
BUY NOW!