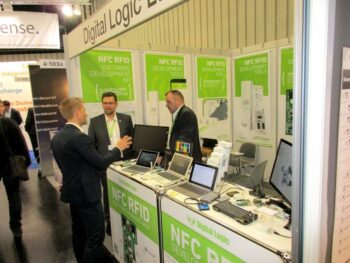 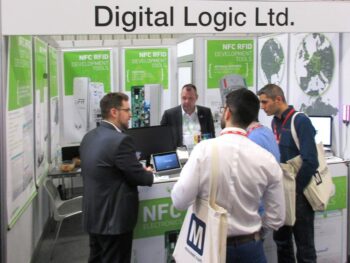 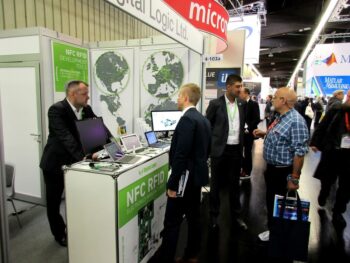 This year’s trade fair on embedded technologies – Embedded World 2017 traditionally took place in Nuremberg. Held from march 14th to march 16th, this international trade fair brought together over 1000 exhibitors from 37 countries around the world.
Among those 1000 exhibitors was Digital Logic RnD, developer and manufacturer of advanced NFC technologies. For three days, our team presented company’s line of products, emphasizing on NFC RFID Readers/Writers. These contactless embedded devices were specially designed for further implementation by developers around the world.
For this year’s Embedded World fair, we have prepared five products for presentation. Some of them are well known, our company’s mainstay products, some were equipped with completely new features and some had their world premiere.
1. µFR Nano – NFC RFID Reader
2. µFR Classic – NFC RFID Reader
3. BaseHD – NFC RFID Reader
4. DL533X – NFC PC/SC RFID Smart Card Reader
5. Android Power Bridge
During three days of the fair, we have presented company’s products to over a hundred representatives and officials of various companies from around the World, some of which are global leaders in the field of NFC technologies.
A tremendous success that we have accomplished by this year’s appearance at Embedded World further inspired us to start preparations for Embedded World 2018 already.

Copyright © 2021 Digital Logic Ltd . All rights reserved
We use cookies on our website to give you the most relevant experience by remembering your preferences and repeat visits. By clicking “Accept”, you consent to the use of ALL the cookies.
Cookie settingsACCEPT
Manage consent